In 2018, global passenger car sales and automotive production both posted their first decreases in nine years, and 2019 is expected to remain challenging for the automotive industries, according to a study by Euler Hermes on the automotive sector.

The first issue will be to cope with weaker and troubled key markets. Sales of new light vehicles should decrease in the US (two percent to 16.8 million units) due to less supportive financing and more competition with the growing second-hand market. In China, the largest passenger car market (accounting for more than 29 percent of global sales last year), sales started 2019 at a sluggish pace and should only gradually benefit from a recovery in consumer confidence, thanks to fading international trade tensions and more visibility on fiscal incentives and emission mandates – two headwinds which led to the first drop in sales in nearly three decades in 2018. The EU market will struggle to avoid stagnation for the whole year, at best, and will experience volatile monthly performances in sales compared to last year’s turbulences caused by the introduction of the Worldwide Harmonized Light Vehicle Test Procedure (WLTP).

The tightening in regulations, from city bans and access restrictions to stringent standards in terms of pollution, keeps on intensifying the market’s transition. The pressure is high in Europe, with the implementation of the Real Driving Emission (RDE) certification in September 2019 and the CO2 targets established for 2020, 2025, and 2030 with threats of financials penalties. We can expect a faster decline in diesel sales and a faster roll-out of new models compliant with the regulatory targets, which will keep global EV registrations at double-digit growth. Yet, the associated costs (R&D, industrial deployment, and marketing) are weighting on operating margins and may force some players to adjust their portfolios and production capacities to free up funds in order to move mobility forward through investment and innovation in connected cars and autonomous driving.

At the same time, the sector still remains vulnerable to major turbulence coming from Brexit and US trade policy, with threats of US tariffs on car imports from the EU (up to 25 percent) and potential changes with China. We expect negotiations to finish by the end of the first semester 2019. Outcomes are uncertain, but they have the potential to disorder international trade in cars and the current implementation strategies and supply-chain interconnections of global players.

Somewhat in contradiction with the evolution in developed countries, Romania‘s automotive sector is going through a favourable period, with consecutive increases in the last five years of new car purchases at local level. The growth of 20 percent in 2018 followed by a six percent rise in the first quarter of 2019 could mark another positive year. The main lever of growth remains export, with the number of exported cars significantly exceeding the number of imported cars each year, ensuring a significant trade surplus in the balance of payments.

Turning to global trends, the propensity to use gasoline cars at the expense of diesel is also confirmed locally, with the share of premiums rising to two-thirds of the total, compared with about 55 percent in 2018. Electric and hybrid cars also grow in weight, but still do not have a significant volume.

The strongest impact on the European car industry in the coming years is likely to occur not due to Brexit, nor as a result of the imposition of tariff restrictions in relation to the United States but on alignment with its own EU carbon leverage regulations.

In the light of these constraints, as well as the need to maintain margins in a cyclical industry at a late stage of the economic cycle, the expectations for the European market are increasing by 2.6 percent of the average price during the period 2019-2020, representing a fall in car registrations by 3.1 percent, which would amount to a decrease of nearly three billion Euro in car sales.

With only Germany’s share of over 40 percent in both exports and imports of motor vehicles, Romania cannot remain immune to the above-mentioned changes at the continental level. Although global automotive manufacturers have accumulated significant buffer reserves since 2010, and for those active in Europe since 2014 – annual growth of 16 percent in sales and 22 percent in operating profits between 2015-2018 – revenue pressures and margins will intensify.

In order to maintain reasonable financial ratios, it is to be expected that producers will ultimately exercise the highest bargaining power in relation to captive suppliers both at the margins of profit and in the management of working capital.

– Downturn in light-vehicle sales in top markets (US, China, Europe) and rapid decline in diesel vehicles

Automotive suppliers. Suppliers most often post higher revenue growth and profitability compared to manufacturers. The market’s transition is likely to increase tech content per car and opportunities but to reduce drastically the need for some components (i.e. diesel).

Strengths of the sector

Weaknesses of the sector 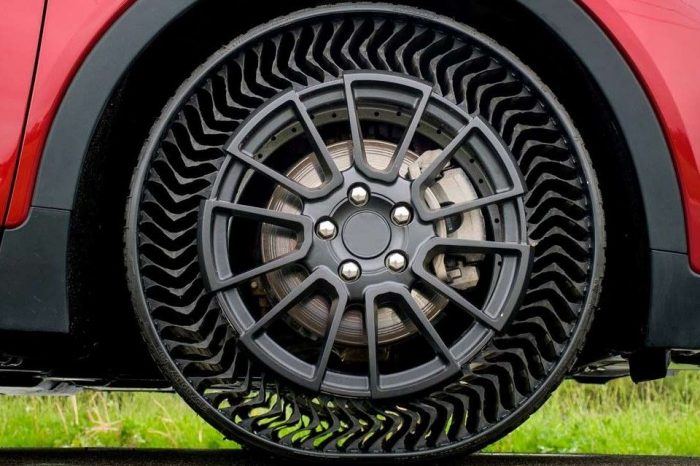 Michelin takes the air out of tires for passenger vehicles