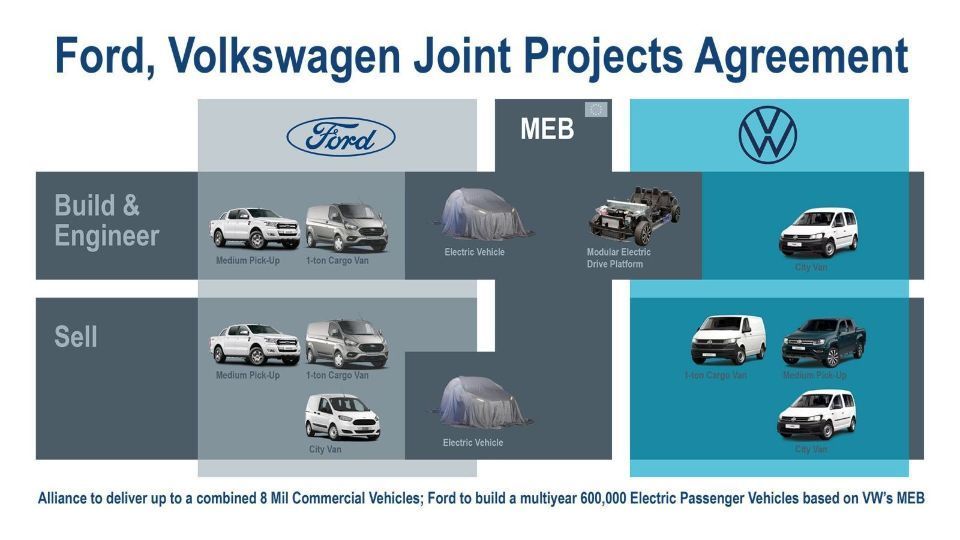 Ford and Volkswagen today signed agreements that expand their global alliance to meet rapidly evolving needs of their respective customers in Europe and other regions by leveraging complementary strengths in midsize pickup trucks and commercial and electric vehicles.

Plans for the agreements were first announced by Ford and Volkswagen last July.

The companies expect continued growth in global industry demand for commercial vehicles and for high-performing electric vehicles to add valuable scale to their individual product portfolios.

During the lifecycles of the products, the companies expect to produce up to a combined
8 million of the medium pickup truck and both commercial vans included in the commercial relationships. 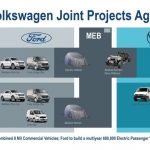