The European Commission said it had fined car safety equipment makers Autoliv and TRW 368.3 million Euro for setting up an illegal cartel to supply car seat belts, airbags and steering wheels to Volkswagen Group and BMW in Europe.

The Commission, which is responsible for antitrust policy in the 28-nation European Union, said Japan’s Takata also was part of the conspiracy, but not fined because it was granted immunity in exchange for revealing the cartels to the Commission.

“All three suppliers acknowledged their involvement in the cartels and agreed to settle the case,” the EU said in a statement. The EU said it has fined suppliers 2 billion for parts cartels.

“This is the second time we fine car safety equipment suppliers for participating in a cartel,” EU Competition Commissioner Margrethe Vestager said. “The three suppliers colluded to increase their profits from the sale of these life-saving components. These cartels ultimately hurt European consumers and adversely impacted the competitiveness of the European automotive sector, which employs around 13 million people in the EU,” she said.

TRW Automotive, which was acquired by Germany’s ZF Friedrichshafen in 2015, was fined 188 million Euro.  Autoliv was fined 179 million Euro. It spun off part of its business into a company called Veoneer last year. 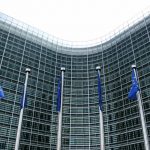