Global automotive and industrial supplier Schaeffler presented its interim report for the first half of 2020 today. The Schaeffler Group’s revenue for the first six months amounts to 5,574 million euros (prior year: 7,226 million euros). As a result of lower demand due to the coronavirus pandemic, revenue for the period decreased considerably at constant currency, falling by 21.8 percent; the decline for the second quarter amounted to 34.5 percent.

This decrease was driven by revenue declines at all three divisions, with the 26.8 percent constant-currency drop in Automotive OEM division revenue for the first half of 2020 by far the largest. The impact of the pandemic on the four regions varied. The Greater China region reported constant-currency revenue growth of 3.0 percent for the reporting period due to the recovery emerging there in the second quarter. The remaining three regions experienced considerable revenue decreases for the first six months. Over the course of the month of June, business recovered noticeably across all divisions and regions.

The Schaeffler Group earned 65 million euros (prior year: 556 million euros) in EBIT before special items in the first six months of 2020. This represents an EBIT margin before special items of 1.2 percent (prior year: 7.7 percent). The deterioration compared to the prior year was primarily attributable to the decrease in gross margin as a result of the volume-related revenue declines.

Automotive OEM division revenue for the first half of 2020 amounted to 3,264 million euros (prior year: 4,517 million euros). At constant currency, revenue decreased considerably from the prior year, falling by 26.8 percent mainly driven by volumes. During the reporting period, global automobile production was significantly affected by temporary production shutdowns due to the coronavirus pandemic and declined by approximately 33 percent in the first six months of 2020. Automotive OEM division outperformance was approximately 6 percentage points on that basis. Order intake for the first six months was good given the difficult environment, totaling 4.6 billion euros. The resulting book-to-bill ratio, which represents the ratio of order intake to revenue, amounted to 1.4x in the first six months (prior year 1.8x). During the reporting period, the E-Mobility business division won two contracts to supply electric axle drives to global premium manufacturers; the contracts total approximately 1.1 billion euros in volume.

Regional revenue trends varied widely. In the Europe region, revenue fell by 36.0 percent at constant currency. The Americas region reported 32.6 percent less revenue at constant currency. The constant-currency revenue decline in the Greater China region was 2.2 percent. Following very weak demand in the first quarter, the automotive sector there began to recover significantly in April, resulting in additional revenue in the second quarter. In the Asia/Pacific region, revenue for the first half of 2020 was down 24.9 percent at constant currency. Within the four business divisions (BD), only the actuators and electric axle product groups (both E-Mobility BD) and the thermal management module product group (Engine Systems BD) generated revenue growth.

The Automotive Aftermarket division reported a volume-driven drop in revenue for the first six months of 14.8 percent at constant currency to 747 million euros (prior year: 904 million euros). Following a considerable increase over the prior year, especially in Independent Aftermarket business in the Europe region, in the first two months of the year, revenue declined considerably in all regions over the remaining course of the reporting period. Global order intake improved over the course of the second quarter, closing in on the prior year average. Additionally, the digital repair shop portal REPXPERT experienced a considerable increase in activity during the second quarter.

Industrial division revenue for the first half of 2020 amounted to 1,562 million euros (prior year: 1,804 million euros). At constant currency, revenue declined by 12.8 percent. The Europe, Americas, and Asia/Pacific regions experienced considerable crisis-related declines in revenue for the first six months of 2020. In contrast, a double-digit growth rate was reported by the Greater China region, where particularly the wind sector cluster continued to expand considerably. The power transmission sector cluster contributed to growth as well. The Industrial division’s order intake has stabilized toward mid-year. The division won key customer orders for new products in the second quarter, including orders in the growing robotics sector and for linear technology products. In addition, the condition monitoring system OPTIME developed specifically for simple retrofitting of existing industrial equipment was brought to the point of marketability. It was launched in the market in July.

Klaus Rosenfeld, CEO of Schaeffler AG, stated: “Due to proactive management we have been able to generate a better Free Cash-flow in the first half of 2020 than in the previous year. The strict discipline with respect to capital and costs exercised in recent months has paid off. We will maintain this discipline in the second half of 2020 as well.”

The programs initiated at the three divisions in the spring of 2019 – RACE (Automotive OEM), GRIP (Automotive Aftermarket), and FIT (Industrial) – are making the intended impact. The structural and efficiency measures initiated in this context have helped reduce cost of sales. Additionally, the Schaeffler Group initiated or continued measures to mitigate the financial impact of the coronavirus pandemic during the reporting period. These include temporary measures such as introducing and expanding short-time work, using up vacation days and hours in time accounts, imposing hiring freezes, and closure days at our plants. The company had already expanded the voluntary severance scheme from 1,300 to 1,900 planned job cuts in the first quarter.

The Schaeffler Group has approximately 2.4 billion euros in available liquidity in the form of cash and lines of credit, representing approximately 19 percent of revenue for the last twelve months.

On March 24, 2020, the Board of Managing Directors of Schaeffler AG suspended the full-year guidance for 2020 for the Schaeffler Group and its divisions that had been published on March 10, 2020, due to the worldwide spread of the coronavirus pandemic and the resulting implications for the company’s results of operations. The further course of the pandemic and its economic implications can currently still not be reliably estimated. The Schaeffler Group currently expects its revenue growth at constant currency, EBIT margin before special items, and free cash flow before cash inflows and outflows for M&A activities for the full year 2020 to be below the corresponding prior year level.

Klaus Rosenfeld said: “Thanks to the consistent implementation of counter measures and the solid earnings contributed by our Automotive Aftermarket and Industrial divisions we have so far weathered the crisis better than anticipated. The upturn in demand in June is an indication that – following the low point in April – things are gradually improving. Nevertheless, uncertainty as to when we will return to pre-crisis levels remains high. For us that means we have to continue to act with great foresight and discipline.” 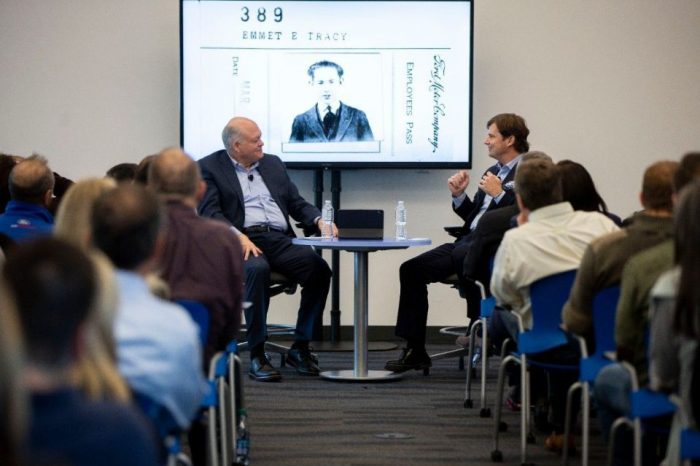