Volvo said it will limit the top speed on all its new cars to 180 kph starting in 2020, which is the same year the Swedish automaker wants there to be zero people killed or seriously injured in any of its new models.

The change will be implemented globally starting in the second quarter of next year on vehicles planned for the 2021 model year. Volvo is taking the bold step because its researchers have identified speed as a prominent gap it needs to close to reach its safety target.

The company’s Vision 2020, which aims for no one to be killed or seriously injured in a new Volvo by 2020, is one of the most ambitious safety visions in the automotive industry.

Apart from limiting top speeds, the company is also investigating how a combination of smart speed control and geofencing technology could automatically limit speeds around schools and hospitals in future. Volkswagen to take over connectivity specialist WirelessCar from Volvo 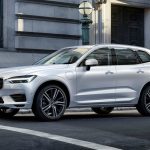